If we have already sent out your assignments, we can still make your poll observers weakly better off by allowing them to trade assignments. This starts getting messy if Lián wants Rohan’s polling station, Rohan wants Tere’s polling station, and Tere wants Kwame’s, and Kwame wants Lián’s. Here we look at the Top-trading cycle, a simple algorithm with some very nice properties, that allow us to improve our allocation while making sure no one is worse off (it’s pareto improving).

You can find the (really messy) code for this here.

Let’s make up some data

I’m going to evenly scatter the polling stations and observers so it’s obvious to a human on what the optimal allocation would be.

Let’s make a graph out of this and see what it looks like. 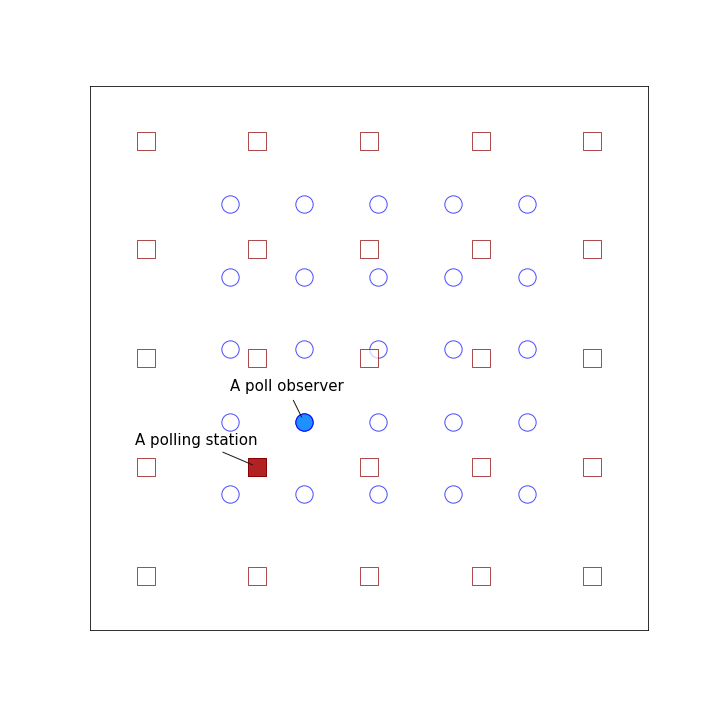 Networkx is a python library for working with graphs. It’s got a tonne of algorithms already coded up for you. This includes the Karp’s matching algorithm. Let’s use that to find the optimal matching.

To create our weighted bipartite graph, we need to compute the distance between all our observers and the polling stations.

We have added an edge between every polling station and observer. No we can use networkx to solve the matching problem and give us the ones that minimise total distance:

draw_allocation just renders the graph. Check out the notebook. if you really want to know how it does that. Here’s our optimal match: 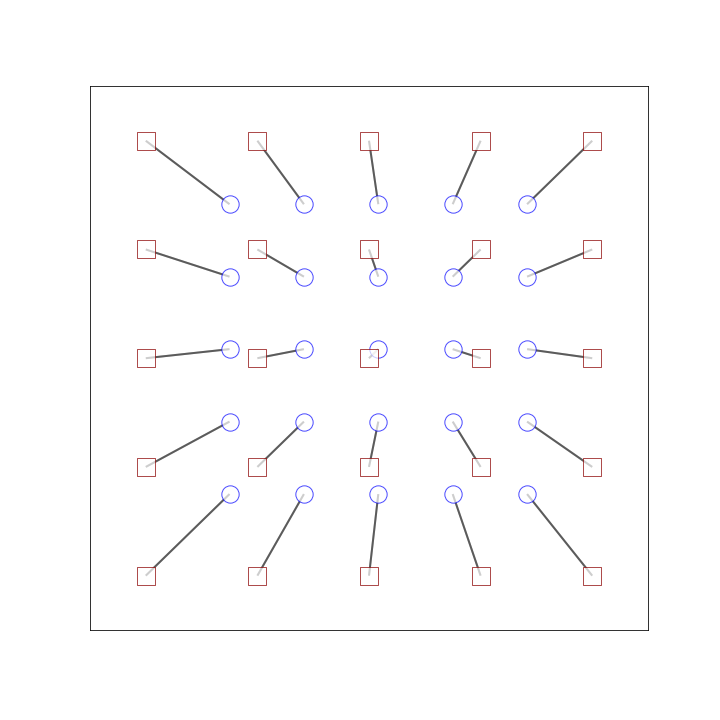 Pretty easy eh? There are a bunch of cases where something like this comes handy. An obvious one may be where the weight on the edges isn’t geographic distance but rather reward. You have a team of workers skilled in different things, how do you assign them to tasks to maximise reward?

Another use-case is if you are doing some sort of entity matching. You have a list of names that you want to match with another (possibly larger) list of names. You can use some metric to calculate the “distance” from each name in list 1 to every name in list 2. Setup your network with this distance as edge weights and solve for the optimal match.

Say you have already done your allocation and you made a real hash of it because, you know, you did it in excel. 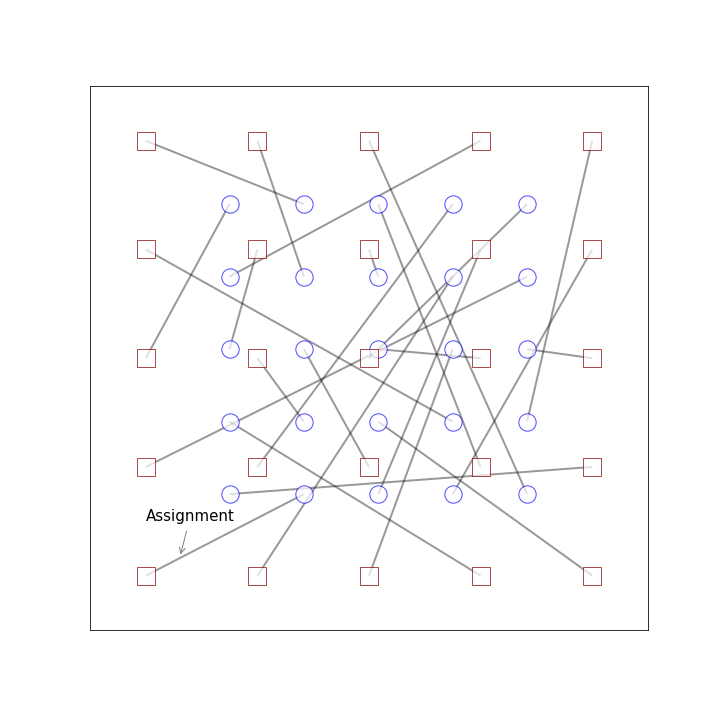 Your observers are already annoyed at you and if you make any of their travel even longer, they are sure to cancel. So we need an algorithm that makes everyone only better off and never worse. We want a Pareto improving re-allocation. The top-trading cycle, or the “House exchange” algorithm as I was taught, gives us exactly that. Here’s the algorithm from wikipedia with some minor alterations:

It’s not a lot of code to do this:

Here’s a series of plots showing how this works: 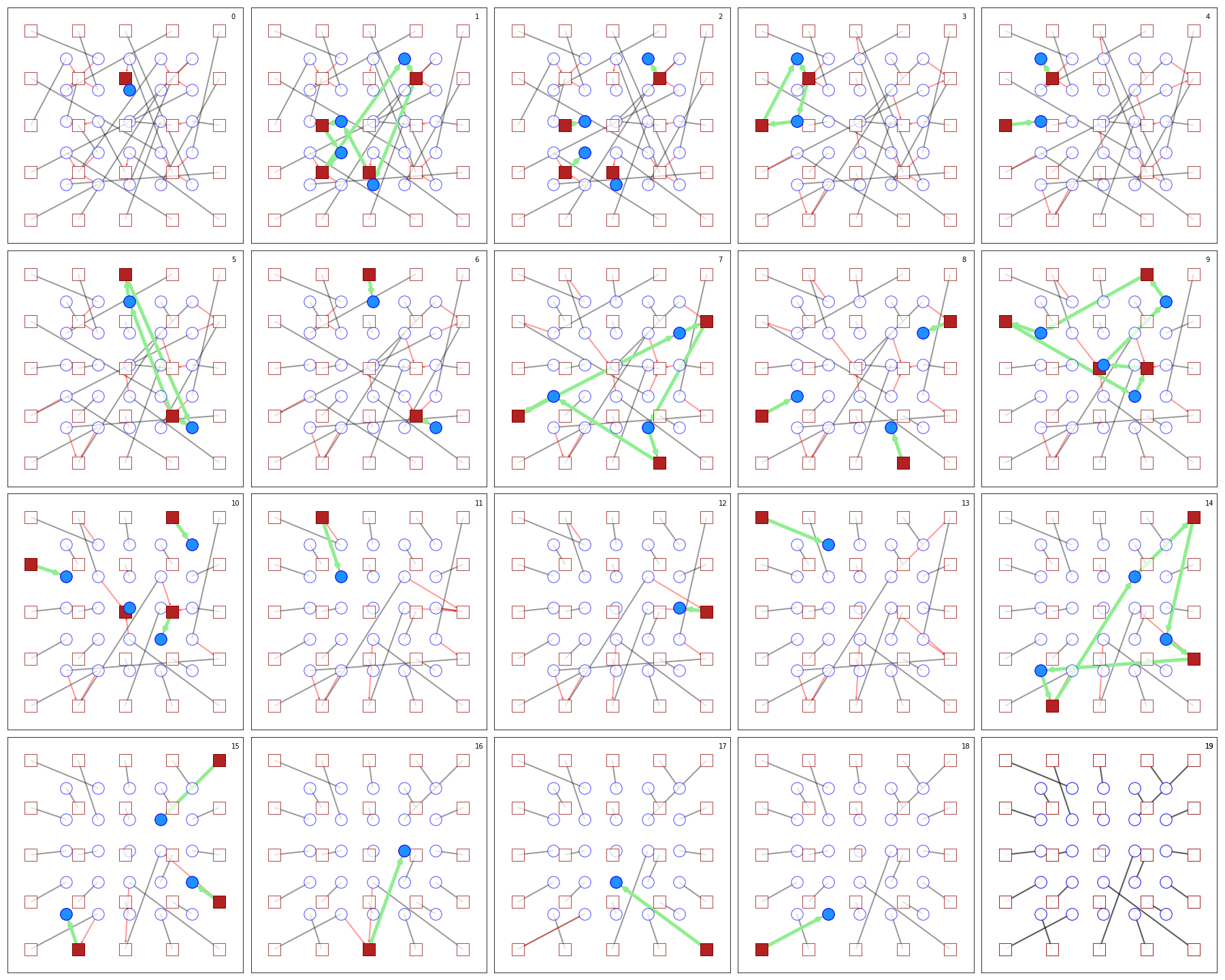 Not globally optimal but Pareto optimal 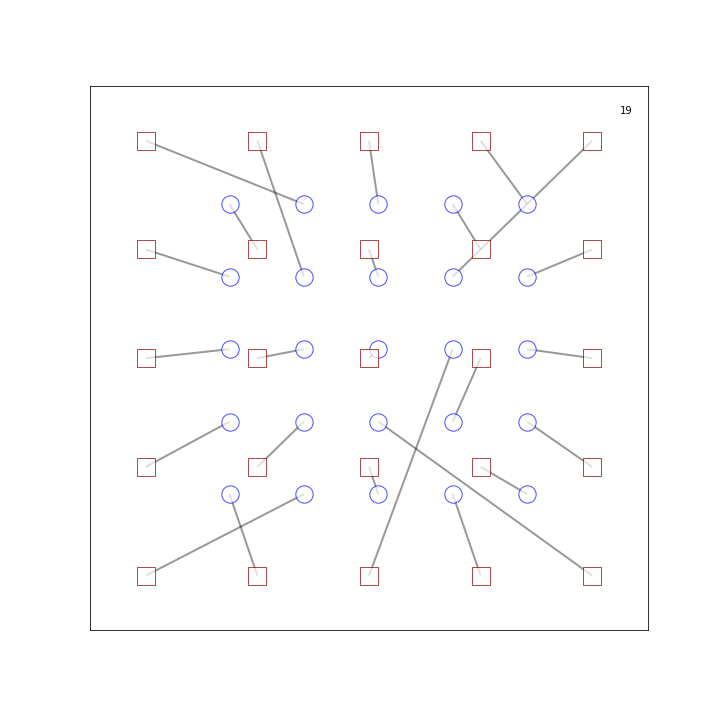 It’s a lot better than the spaghetti allocation we had at the start – but not perfect. Check out those polling stations in the bottom left. If the allocations were swapped, total distance travelled would go down but the observer on the right may be slightly worse off.

There are some nice things about this algorithm:

Extensions of this won Alvin Roth and Lloyd Shapley the Nobel prize. It has been used in many markets where the items do not have a price and but we want to allow for swapping. Kidney exchange is one such market.

I spent some time trying to adapt this to allow doctors to exchange shifts. Then life happened. Maybe I should pick that back up.